. The far-field boundary at a radius of

Using the given incoming velocity

, as well as the dynamic viscosity of

, one can calculate the Reynolds as follows;

Again, the purpose of this test is to verify and validate simpleFoam’s ability to predict the flow structure against the experimental result. The present calculation was confined to the low-Reynolds-number regime

The no-slip wall condition is applied to the cylinder wall. Uniform free stream conditions are applied at the inlet and outlet boundaries.

of the cylinder is determined using the force function in OpenFOAM. The force function calculates the forces and moments by integrating the pressure and skin-friction forces over a given list of patches, and the resistance from porous zones. Then the drag coefficient

is calculated by summing both forces on specified patches and normalize it to the dynamic free-stream pressure as in the following two equations;

is the local pressure at the wall surface,

is the reference pressure used to reduce round-off error during the computation of pressure force,

denotes the dynamic viscosity of air,

represents the velocity gradient at the wall surface. Furthermore,

is the incoming velocity and

is the area of the cylinder section.

All grids were generated using the open source software Gmsh. Three different resolutions figure (3) were made of the same family of meshing with spacing 0.05, 0.01, and 0.008 respectively. Based on the selected grids, simpleFOAM was run on each grid to obtain the value in which I decided to make my study. In this case, I chose the drag coefficient for each grid resolution table 1 and figure 4. 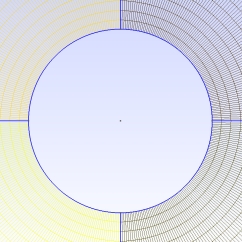 Closer view of the coarse grid 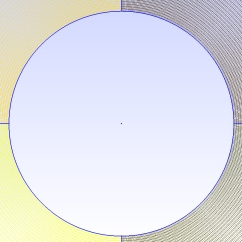 Closer view of the medium grid

Closer view of the fine grid

Figure 4: Grid convergence for the flow over a cylinder.

Since the simpleFOAM is a second order accurate, hence, P in table 1 is the effective order of convergence, and d is the number of spatial dimensions. Therefore,

. Hence, performing a Richardson extrapolation, and calculating the grid convergence index to ensure that you are in the asymptotic range of convergence. This can also be noted in table 1.

Figure (5) shows one of the histories of convergence obtained during the simulations. 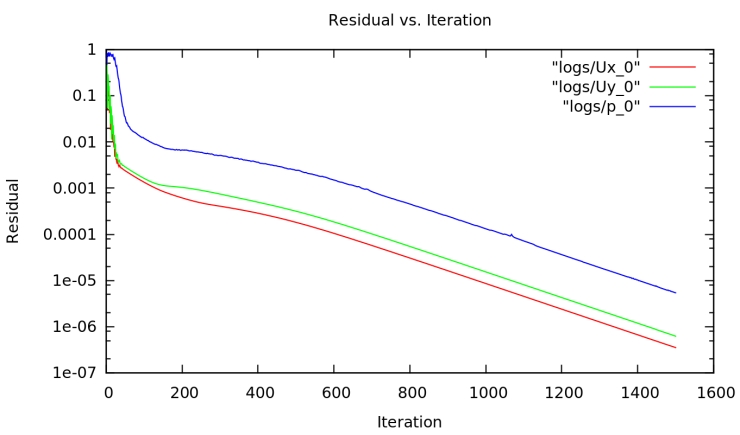 Figure 5:  Shows an example of the convergence history for the flow over a cylinder. 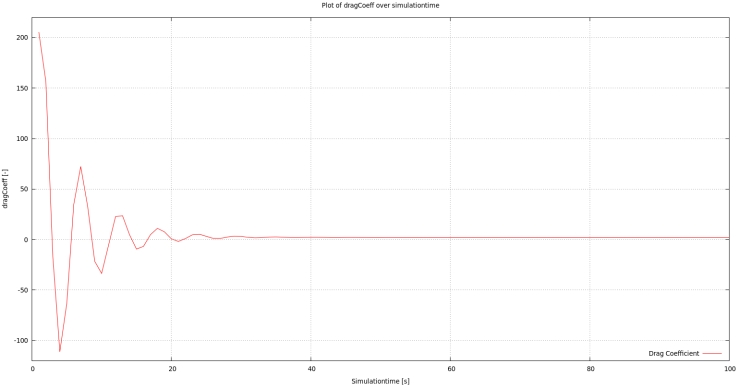 Figure 6: Shows the drag coefficient distributions vs. the number of iterations.

Figure 7: Shows the pressure and velocity distributions respectively for the three grids.

What is the predicted drag coefficient

simpleFOAM has been validated for a classic example of external flows around a cylinder. The experimental data of the drag coefficient for Re=40 fairly agree well with the CFD data.